Sixteen and All That 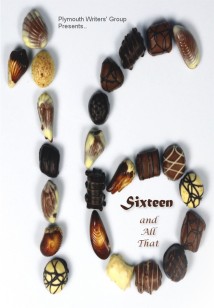 Welcome to the third Anthology of works by members of the Plymouth Writers’ Group. For this year, 2016, we have worked on the theme of ‘Sixteen, And All That’ which gives scope for following the theme of Sixteen, or not, as the writer chooses. This Anthology represents a myriad of ideas and perspectives from a diverse and talented group of writers, and reflects the friendly and neutral space that we have created for our meetings with their frank and honest feedback. Since its foundation ten years ago PWG has established itself as a leading writing group in Plymouth and the surrounding area, and it is also recognised as a premier writing group in the South West.

Kindle version is also available for only £1.50

“Once again we are to be delighted and intrigued by the tour de literary force that is the now the annual anthology of shorts stories and raconteurial delights from the long established and wholly reputable body ‘The Plymouth Writers’ Group’.

Always a splendid read; this latest issue excels in that it also enjoys a variety of contributions from writers outside the group. Its customary fictional cornucopia bejewelled with stories from writers scattered wide around the globe and representing the winners, the runners up and the highly commended from the group’s recent and eminently successful international short story competition.

There can be few genres not touched upon here, caressed even, by the lightest touch of the assorted authors’ pens and whipped into a bookish confection to delight even the most jaded palates.”